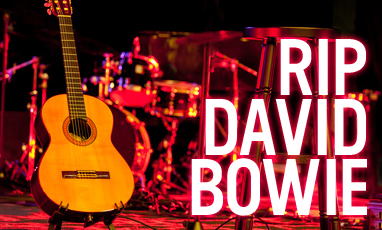 By Cyan Marketing12 January, 2016All Posts, Web design
No Comments

This week, the world lost a true cultural icon. David Bowie was one of the most influential recording artists Britain has ever produced (and there have been many) but his ground-breaking accomplishments were not limited to music.

Although best known for penning such hits as “Rebel, Rebel” and “Life on Mars”, the great man will also be remembered as a pioneer of web technology thanks to an innovative use of the internet throughout his career and for launching his own ISP, BowieNet, back in 1998.

In the days before YouTube, MySpace and social media, bands had no vehicle to provide online content to their fan base. But for a monthly fee, subscribers to BowieNet could enjoy a range of exclusive Bowie material as well as interaction with the singer himself. Members also received an email address, which ended @davidbowie.com!

Besides the music videos and chat rooms, where the singer would pop up from time to time, Bowie also developed blog-like features within his platform where he would upload personal snaps, photographs of his paintings and provide access to some of his journals.

But reinvention was the hallmark of his glittering career and David Bowie’s use of the web did not stop at BowieNet. He knew the internet was destined to play a huge part in the future of music and had become involved in other pioneering technology projects, always characteristically ahead of the curve.

In 1995, he wrote his concept album “Outside” with the help of a custom-written piece of software that selected words at random to create basic lyrical outlines he could refine. Later, Bowie was one of the first major artists to release an “internet-only” track. “Telling Lies” received more than 300,000 downloads before eventually being released as a physical single.

BowieWorld was a further example of the artist’s fascination with new forms of communications and the 3D chat environment created by this site became a forerunner to Second Life. Then, in 2004, Bowie helped finance an online contest for fans to record new “mashes” of his music. But as time progressed, the dominance of the big players such as YouTube and Facebook, ensured that the singer’s web ventures would pale into relative and inevitable obscurity.

It is sometimes difficult to recall a time before the internet dominated so emphatically almost every aspect of popular culture. But such was the time in 2000 when David Bowie gave an interview to the BBC’s Jeremy Paxman.

The web was in its infancy as Bowie predicted: “Rock and roll is now a career opportunity and the internet carries the flag for the subversive and rebellious, chaotic and nihilistic…the monopolies do not have a monopoly [anymore]. I think the potential of what the internet is going to do to society, both good and bad, is unimaginable. I think we’re on the cusp of something exhilarating and terrifying. The context and the state of content is going to be so different to anything we can envisage at the moment, where the interplay between the user and provider will be so in simpatico it’s going to crush ideas of what mediums are all about.”

Of course, he was right. RIP David Bowie.